“Our eyes have become accustomed to the daily inundation of complex moving images. The Light Maps works are my effort to conjure – or at least imagine – a visual quietness in which the fundamental distinctions of perception can find a territory to be examined. The works have been formulated as a response to various mathematical ideas that govern the world around us – Euclidian geometry, the golden proportion, probability and chance. If it is true that mathematics is a universal language, my hope is that the sculptures can successfully allow abstraction to remain accessible through this intrinsic understanding. My aim is to avoid sentimentality or assigning a social, cultural or historical viewpoint – in this way I hope that the works become non-referential and self descriptive to the viewer, inviting them to recognise personal states of purity and beauty.To create these works I hand-cut each sheet of paper layer-by-layer to reveal a form, or rather an absence of form, within the sheets. This process is calculated and methodic. The resulting three-dimensional counter-reliefs discreetly alter the materiality of the paper – the sculptures are simultaneously fragile and resolutely concrete. They are designed to react to the light existing within a space. This is my take on traditional psaligraphic image making – one that relies on a disciplined fidelity to a mathematical execution rather than unconstrained artistic flair. The works blur the line between two- and three-dimensionality, and, I hope, create a moment of stillness that allows the viewer to meditate on the subtleties of form and perception.” © All Images 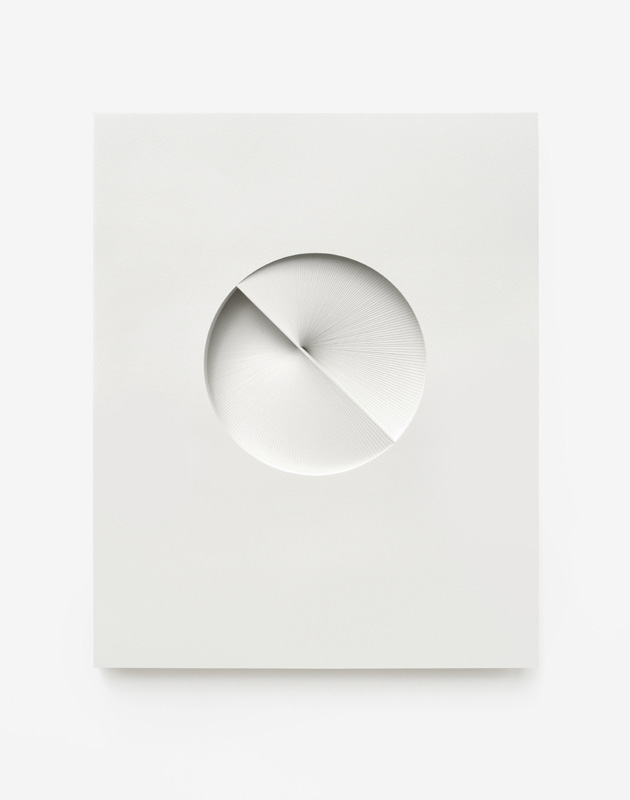 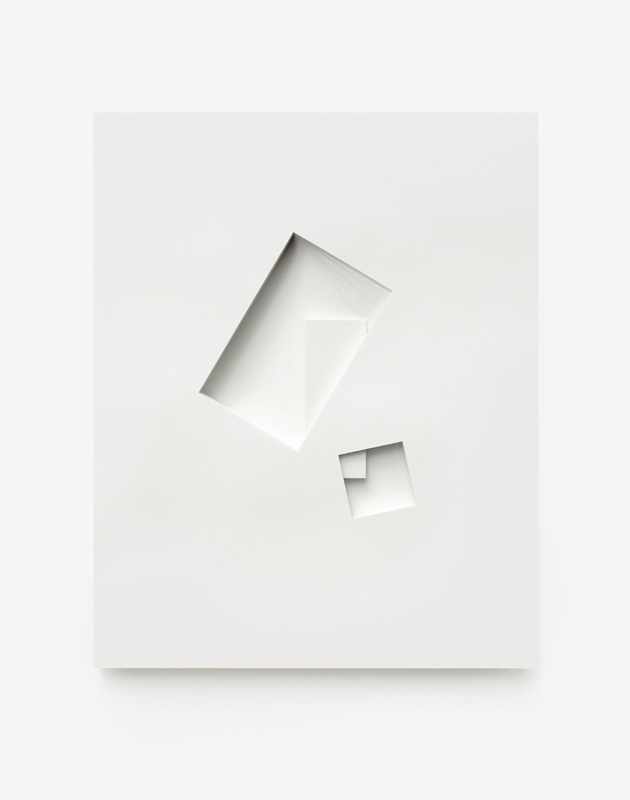 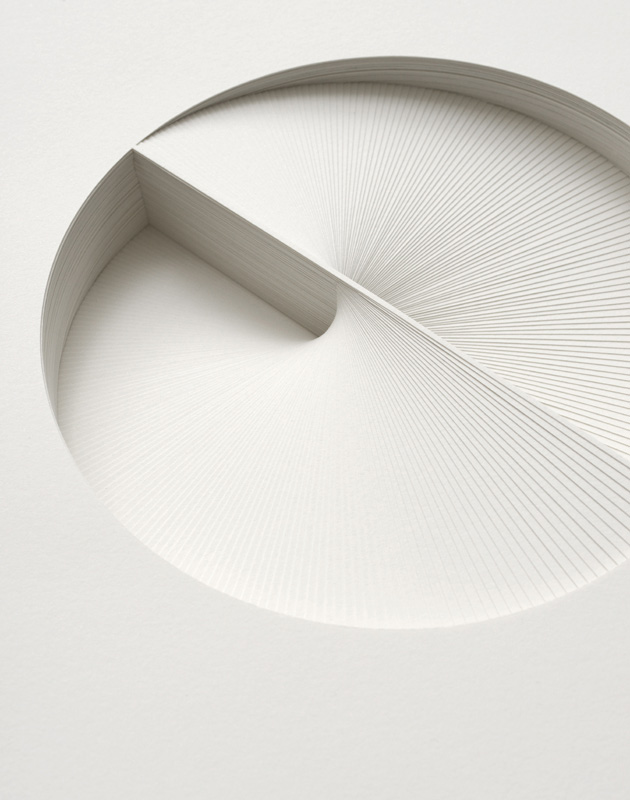 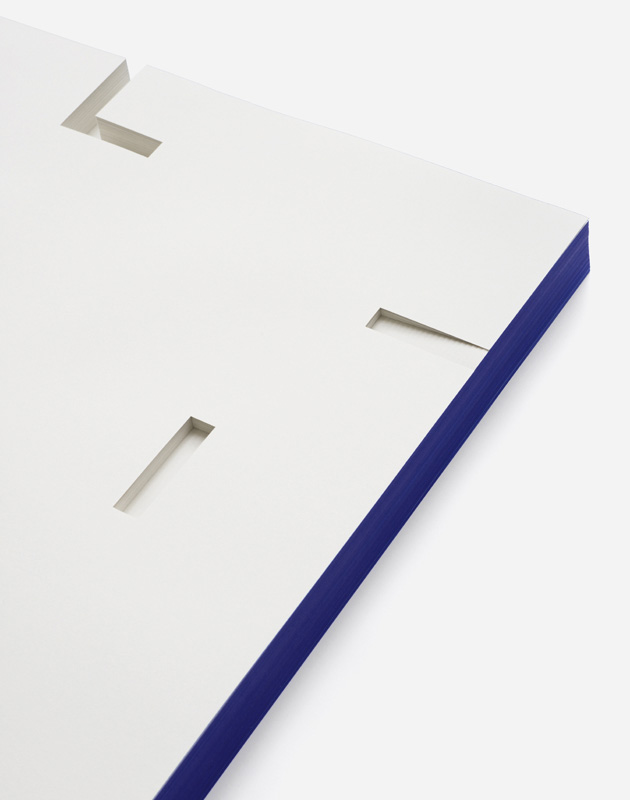 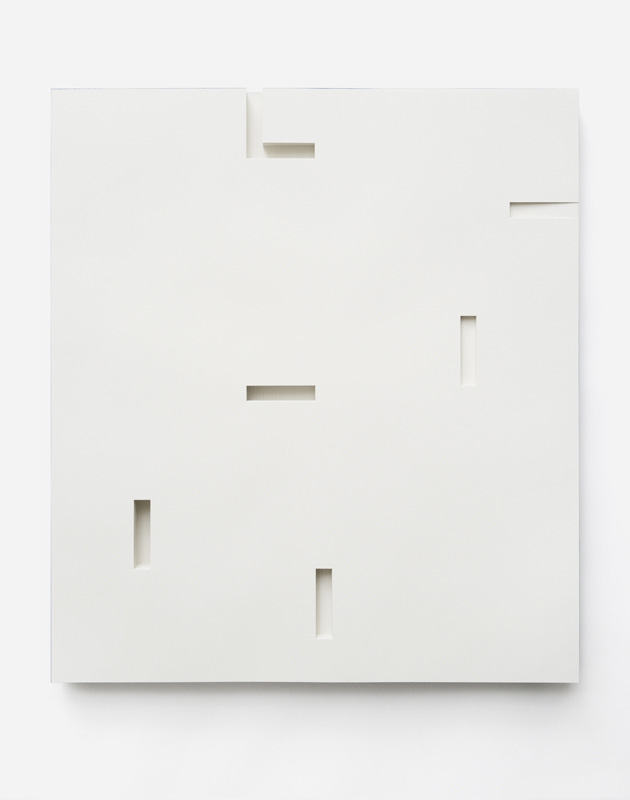 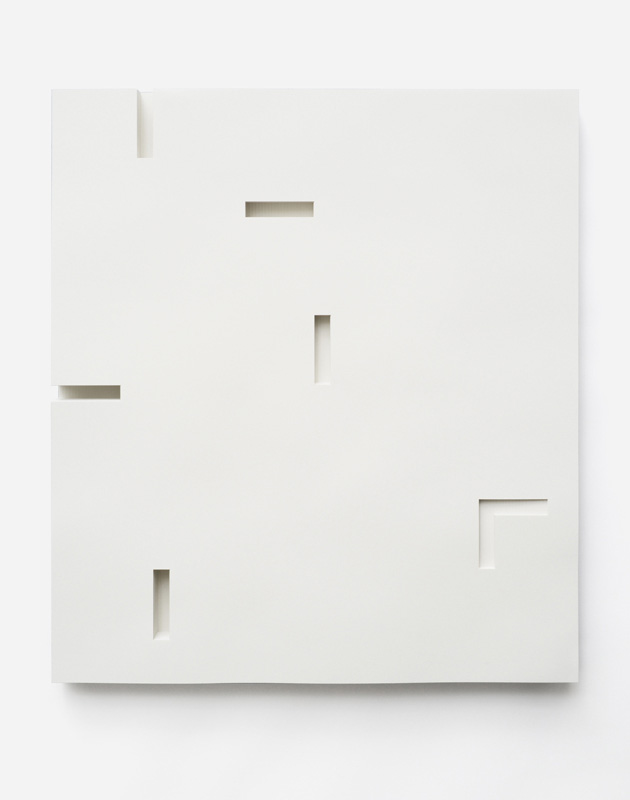